As soon as we saw the samples of the ADIDAS CONSORTIUM EQT RUNNING SUPPORT we knew this was part of a strong line of retro releases from our friends with the Three Stripes. This particular model was first released in 1993, a year after its predecessor, the ADIDAS EQT RUNNING CUSHION and has remained engrained in the memories of fans for years.

Adidas nomenclature gets complicated at times – there are so many slight variations of many models that it needs some investigative work to find out the real story – but that doesn’t matter. Using a colour very similar to the original Ferro green (the official green of the Equipment range), chalk white and rich grey suede and a strong black mesh, this colourway gets the thumbs-up. For a bulkier shape, the EQT looks pretty sleek when on the foot: the toepiece shape is more reminiscent of a ZX runner than you might imagine. A slightly lifted profile on the sides and rubberised panels give the shoe a dominating, confident look and with the attention to build and construction throughout, it’s a Consortium product through and through.

Adidas never fail to impress when it comes to the retros and these have been reproduced to the same specifications as the original shoes: deluxe suede, neoprene heel sections and lots of other top-tier embellishments. The original EQT Support has only shown in recent years as special project or limited releases (anyone recall the incredible IRAK versions from late 2006/early 2007?), so we’re pleased to see these out in full force again. These have been long sought out by fans of the EQT series for years, so we know they’ll be popular.

We’ll be looking at the Cushion in detail shortly, but in the meantime, the ADIDAS CONSORTIUM EQT RUNNING SUPPORT is scheduled to start dropping this SATURDAY 1.2.14 and as always, we’ve got you covered via the link-through below. 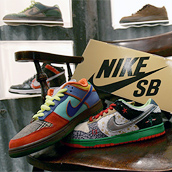