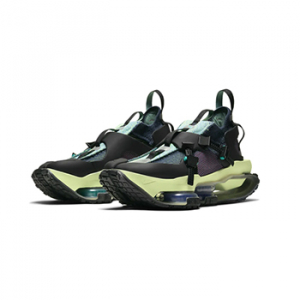 The design might look like it’s just stepped from the set of Mad Max, but don’t be fooled: this is perhaps the most progressive footwear release to hit the streets this year. With plenty of Nike Shox influence, the heel section moves away from the rebound effect of the pillars and borrows double stack zoom pods and double under-foot plates which were shown on the original Shox prototypes. Referencing the Nike Air Zoom Alphafly Next% and the Nike Air Zoom BB NXT, the uppers mix the best from running and rugged outdoor designs to ensure everything is kept supple but protective. The breathable knit patch upper offers ultimate comfort and belies the complicated detailing which is formed of rubber cages, buckles and embellishments scavenged from a selection of prototypes and experimental designs. The future is now. 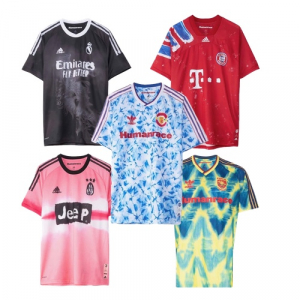 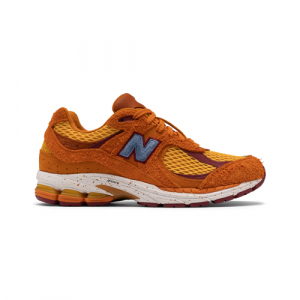