The original Multicolour version remains one of the most popular colourways to ever release on the Flyknit Racer and Nike have fed that hunger with a follow-up colourway. The latest version looks to include more pink and blue instead of Volt, resulting in a slightly darker look. White detailing has been swapped for blue, with black utilised on the swoosh, tongue, heel tab and top part of the midsole, whilst white on the bottom half of the midsole and a black outsole round things off. 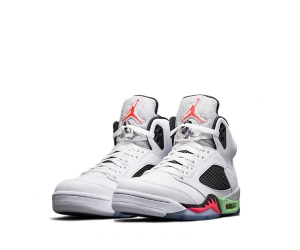 NIKE KD7 - WHAT THE - AVAILABLE NOW