The original Air Max concept was all about ‘making the invisible visible’ and with that in mind, the Air Max 90 took that idea and pushed it to superlative limits. With its bulked-up form and instantly-recognisable shape, the 90 took the blueprint of the Air Max 1 and built upon it, adding a long panel above the midsole, unanimously referred to as the mudguard. The original Infra Red release is perhaps the most famous edition of the design, but the Royal Blue has to be the second most well-known colourway. White mesh, Particle Grey, and Hyper Royal blue are topped off with the original-style big swoosh, keeping everything on-point as part of the Nike Recraft program. 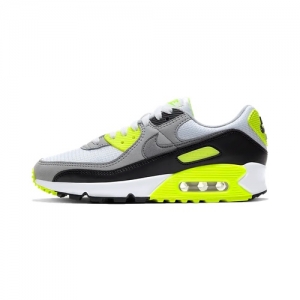 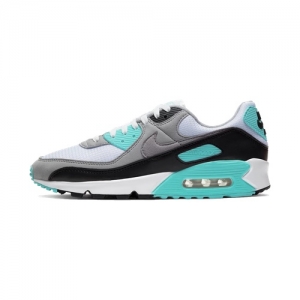