The Swoosh’s off-field football plans have just been turned up a notch with the announcement of the enormous NIKE MERCURIAL COLLECTION.

As the name suggests, this pack will release alongside Nike’s new Flyknit-built Mercurial Superfly boot, which is set to debut in Brazil next month. Accordingly, each shoe from the Mercurial Collection uses, to varying extents, the same shade of red in which the Superfly is daubed. With nine styles (five men’s, four women’s) and an eclectic selection of silhouettes on offer, there is a wealth of choice on offer here to keep your feet looking fresh over the summer months.

The NIKE MERCURIAL COLLECTION is now available, and can be found via the link-through below. 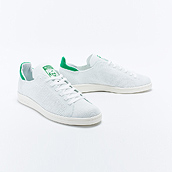 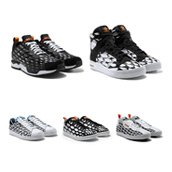