It’s getting on for two years since the inception of Flyknit technology and we’ve seen plenty of creative applications of Nike’s most advanced material. However the upcoming NIKE FLYKNIT LUNAR2 succeeds the Lunar1+, their flagship running trainer, to become the first second-generation Flyknit model.

Nike have kept the modifications fairly minimal here – the shoe is simply a one-piece knitted upper on a Lunarlon sole after all – but the few changes they have made are very nice. The supporting Flywire cables on the upper have been integrated much more prominently into the Flyknit patterning, allowing for some aggressive-looking colourways (shades of the Jordan V shark teeth here!) The Lunar sole gets some new lines which look to break up the rear of the shoe nicely and leave it noticeably slimmer than the Lunar1+, while the outsole has been reengineered with the help of pressure map testing to give a more natural stride.

The NIKE FLYKNIT LUNAR2 in a host of colourways for both Men and Women is available now, along with the iD options, and can be found via the link-through below. 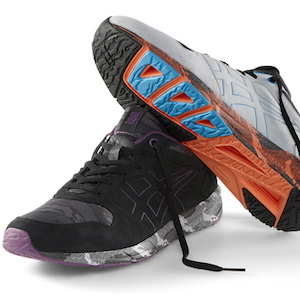