The LE COQ SPORTIF HIGHS & LOWS ‘BLACK SWAN/WHITE SWAN’ R1000 PACK takes an avian theme and works it up into two of the nicest R1000s we’ve seen from our friends at LCS. Ebony, ivory, bird beak colours, luxuriant plumage, Northern and Southern divides… there’s a lot going on in this collaboration – and it works perfectly. There’s a fair bit of thought gone into these and even if you ignore all that, you’ve two cracking colourways of a great shoe.

Back to the birdlife – let’s elaborate on the thinking behind these a bit. The black swan of Western Australia has influenced the black version of the shoe, whilst its European cousin, the white swan, has inspired the other. Throughout Western Australia’s history, the black swan is referred to as a symbol of nobility and an icon of the state’s identity for centuries. Whilst the black swan resides exclusively in the Southern Hemisphere, the white swan remains unique to the North and is celebrated as a physical display of love and fidelity.

Enough background info – let’s get into the shoes themselves. The red suede and leather toe boxes pay homage to the swans’ beaks and the calf skin leather and premium nubuck provide a durable and interesting choice for the uppers. A moisture wick lining provides a soft and considered interior for superior fit and comfort. 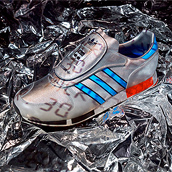 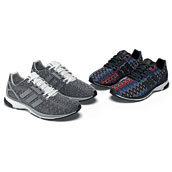