Unless you’ve been hiding under a rock, there’s a strong chance that you’ll have seen some of the KANYE WEST X ADIDAS YEEZY 750 BOOST leaked images already. Kim Kardashian’s ass may well have broken the internet, but the two words ‘Kanye’ and ‘Yeezy’ have kept the sneaker grapevine alight since West swapped his Nikes for the Three Stripes (anyone recall the Yeezy 2 ‘Red October’ debacle?).

Kan ‘ye design a good shoe? Evidently, yes. Is this the pinnacle of his design expertise? We’re not sure… yet. A refined follow-on from his previous creations, we’re looking forwards to seeing the Yeezy 3 in the flesh. The acclaimed ADIDAS BOOST sole unit will win some additional fans, whilst the uppers keep it strictly fashion with deluxe suede panels and the omnipresent strap across the laces. Kanye’s barber and longtime friend, Jasper (ibnjasper on Instagram) has revealed a number of exclusive photos, including one of Kanye, Paul McCartney and Rihanna rehearsing for the Grammy’s last weekend.

We know that the KANYE WEST X ADIDAS YEEZY 750 BOOST release is imminent: early reports and a cryptic website – yeezy.supply – suggest that the Yeezy 3 will drop at some point during New York Fashion Week, perhaps via the exciting new adidas Confirmed app that we reported on last week… 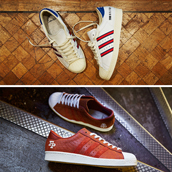 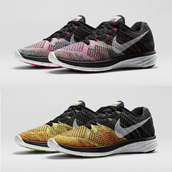