It’s almost impossible to believe that the ADIDAS SUPERSTAR is celebrating its 45th anniversary in 2015… As part of those celebrations ADIDAS have joined forces with one of their veteran skateboarders, MARK GONZALES (AKA The Gonz), for a collaboration on this iconic silhouette.

The trainer is designed to be a blank canvas, with a white-out from the sole all the way across the leather upper. Even with the single colour, there are some nice touches such as stylised embossed branding and the addition of his name on the lateral side. Bringing the release in line with the ADICOLOR tradition, the package will come with four branded markers in red, blue, green and orange, so that you can put your own touch on the shoe.

The ADIDAS X GONZ SUPERSTAR 80S are available now from select retailers, including END. Click the banner below and get involved! 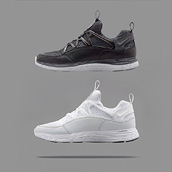 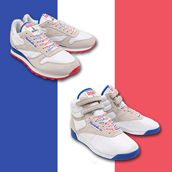