As part of the ‘#allIn or Nothing‘ campaign, the ADIDAS ORIGINALS BATTLE PACK consists of five iconic silhouettes, rendered in bold patterns inspired by the Battle Pack football boots. Adidas are approaching the World Cup season with a different vibe to all of the team colourways and national emblems that we’ve seen from everyone else. This series focuses on detail, the power of suggestion – and good solid design.

This aesthetic theme works well across the classics – STAN SMITH, RIVALRY HI, SAMBA SUPER, SUPERSTAR 80S – but we’re particularly feeling the ZX 5000 RSPN execution, with a strong pattern that accentuates the aerodynamic properties of the shoe. Investigate closely and you’ll see that the patterns are taken from the cleats of the adizero F50, Nitrocharge, Predator Instinct, adizero F50 ‘Messi’ and 11Pro boots: a perfect tie-in to adidas’s football heritage. Black, white and gold accents are the perfect alternative to national colours this summer and these will still look good long after the final whistle has blown.

As a fitting tribute to the 2014 FIFA World Cup Brazil™ tournament, the ADIDAS ORIGINALS BATTLE PACK is AVAILABLE NOW, via the link-through below. 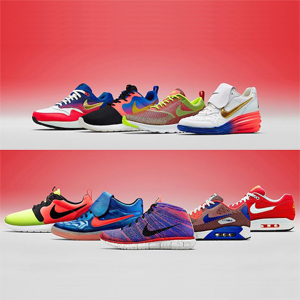 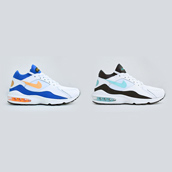