The STÜSSY LONDON CHAPTER STORE is set to open its doors later this week, and they are releasing some limited edition products to mark the occasion.

True originators are hard to come by these days, but as the social-change evoking era’s of Punk and Hip-Hop were teaching a generation of kids the virtues of sampling and a DIY sensibility, Stüssy came through with surf and skate aesthetics that united these principles and created much of the streetwear model we know today. It also united kids all over the world with a like minded mentality: artists, skaters and musicians were all bound by the sentiments Stüssy represented, a movement that subsequently grew into the International Stüssy tribe. With Chapter stores originally opening in New York, Tokyo, Berlin and Los Angeles, slightly older readers may remember the initial incarnation of the London Chapter which was home to a pre-internet era of creatives, including James Lebon, Michael Kopelman, Mick Jones, Barnzley and Alex Turnbull. It’s worth noting that while the democratising nature of the World Wide Web has made the concept of ‘global community’ a regular catchphrase for floundering marketeers, Stüssy and it’s ‘global brand with local influence’ model set the tone for so much of how we understand and experience retail today. To celebrate the return of the London Chapter in it’s new and improved Wardour street location, Stüssy are releasing a limited of run of exclusive products in store, including collaborative pieces with Dr Martens (available at the end of September), Aries Arise and Gimme5, as well as a commemorative 8-ball tee, tea cup, track suit, side bag and hat.

The STÜSSY LONDON CHAPTER STORE is located at 115 Wardour St, Soho and opens it’s doors on FRIDAY, AUGUST 31st AT 11AM. In the words of original Stüssy London Chapter member Alex Turnbull, “In a super-saturated world let’s raise a glass to the originals.”

Take a look inside the store below and hit the banner to shop the latest releases from Stüssy. 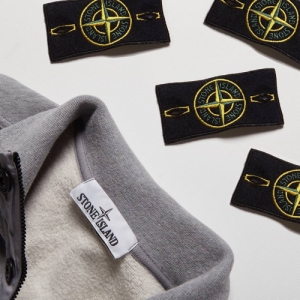