COMPOS MENTIS introduce a range of t-shirts with the aim to bring awareness and action to mental health issues.

Current statistics suggest that mental health research only receives 5.8% of total annual health research spending. A vastly disproportionate amount given the widespread effects that mental health issues can have on the population. Overstretched services are focused on coping with crisis, rather than prevention and operate with long waiting times and a complete lack of specialised services in some regions of the UK.

Continued cuts to public spending and the increasing levels of poverty feed into the cyclic nature of the many causes of mental health issues. The most common mental health problems include depression and anxiety, both which are distributed according to a gradient of economic disadvantage across society.

With support from Carhartt WIP, Compos Mentis has worked alongside a series of photographers; Chris Rhodes, Ed Phillips, Maisie Willoughby, Ian K Bird and Sophie Green, who have donated their images to be used on a collection of t-shirts that will be sold to raise money for MQ Mental Health. This is a charity that provides funding for worthy projects and collates the findings of independent research to paint a more detailed landscape of how we deal with mental health issues. T-Shirts will be available for purchase at the launch event of Compos Mentis, taking place in the Old Street Gallery, 62 Paul Street, EC2A 4NA on the 5th of October from 7pm until 10.30. 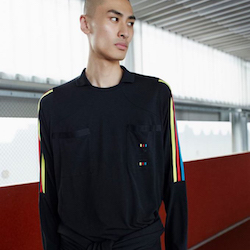 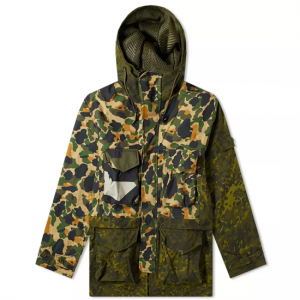